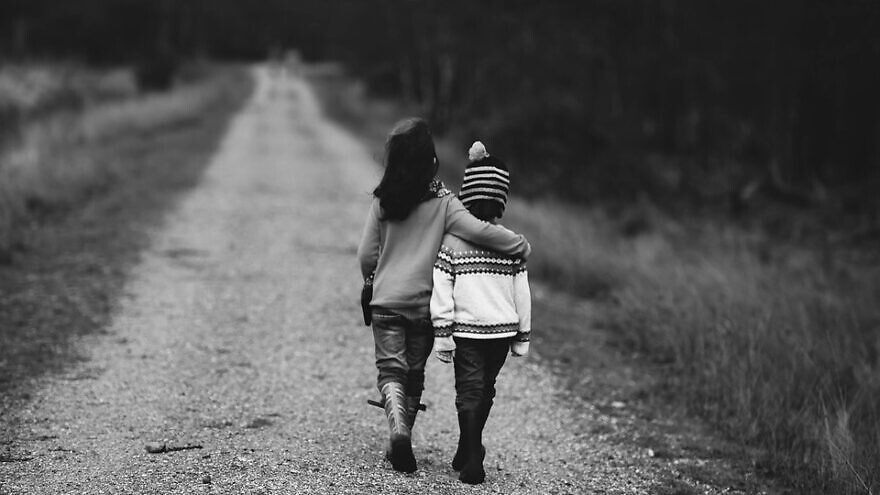 (February 23, 2022 / JNS) Having a child with a disability or a developmental delay is often a stressful experience for a family—for parents and siblings alike. Siblings, especially, may be exposed to greater stress and challenges.

Less research, however, has been done about the positive effects of growing up with a sibling with disabilities. A new study published in Child Development, led by Hebrew University of Jerusalem developmental psychology expert Professor Ariel Knafo-Noam and Anat Perry, examines how growing up as a sibling of a child with disabilities may nurture empathy.

It’s one of the first studies to examine the possible positive effects of growing up with a sibling with a disability.

“Our findings indicate that siblings of children with disabilities may have greater cognitive empathy—that is, an understanding of others’ thoughts and feelings—which is important as cognitive empathy is key for social skills,” said Yonat Rum, a postdoctoral researcher at Hebrew University and the University of Cambridge.

Researchers examined data from the Longitudinal Israeli Study of Twins, which included 1,657 families of twins born in 2004 and 2005. Of these, 63 families were identified where one of the twins has a disability and the other is typically developing.

“These positive effects might be due to the specific ‘advantage’ of cognitive empathy to better understand their sibling with disabilities and to support the sibling relationship,” said Knafo-Noam.

The authors acknowledged the preliminary nature of the findings and called for further research in the field.