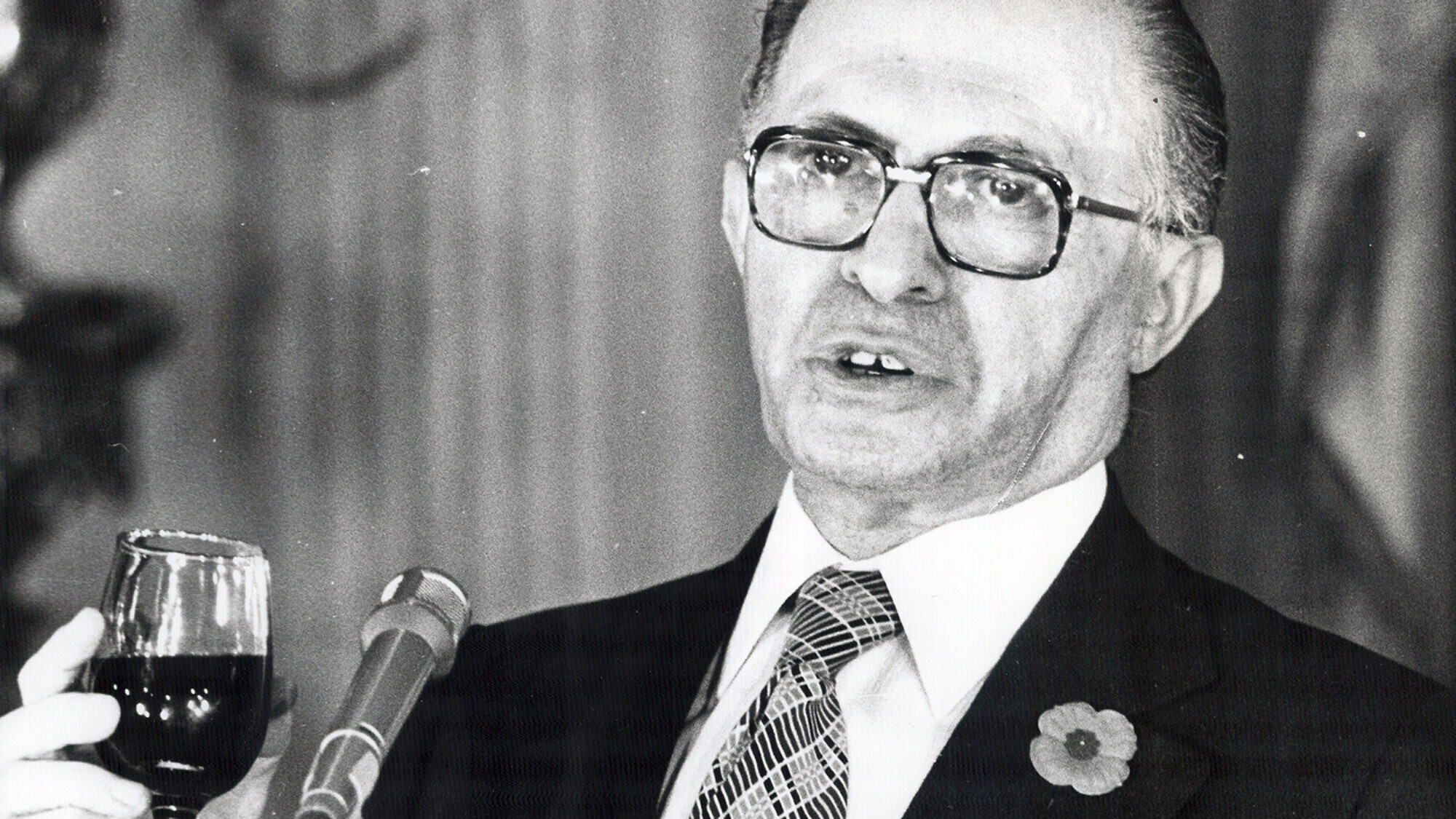 (March 3, 2022 / )“Upheaval,” the new documentary about the life of late Israeli Prime Minister Menachem Begin, is slated to be shown in 30 venues this spring, from the Golan to the Negev.

In honor of the 30th anniversary of Begin’s death on March 7, 1992, the Tel Aviv Cinematheque will be screening the film next week on that date.

The screenings demonstrate the broad geographic and demographic appeal of the film to Begin’s base of followers and the interest in making sure that the next generation knows of his legacy and the history of modern-day Israel. The venues, ranging from movie theaters to school rooms, from large cities to moshavim, include diverse audiences across Israel. Some of the screenings will be open to the public, while others will be private.

Hidden Light Institute (HLI) and its production company, Ohr Hatzafun Productions, is partnering with the Jerusalem-based Menachem Begin Heritage Center to rollout these screenings across the country.

For Herzl Makov, president of the Menachem Begin Heritage Center, the film is an opportunity to demonstrate how the Israel of today has been shaped by Begin’s leadership, and how the principles that drove him are still relevant, both for political leaders and for the man or woman in the street.

“Menachem Begin was a man of the people,” said Makov. “We are bringing him back to the people.”

The independent film, by award-winning American director Jonathan Gruber, chronicles the life of the late prime minister from his birth and upbringing in a Polish shtetl to his membership in the Zionist youth movement Betar and to the loss of virtually all his family in the Holocaust.

It follows his imprisonment by the Russians and his eventual journey in 1942 to Mandatory Palestine, where he led the Irgun and fought the British and, later, the Arabs, for Israeli independence. It tells of his entrance into politics when he was elected to the Knesset and, in 1977, rose to Israel’s premiership.

The film shows footage of the meetings at Camp David, where Begin crafted Israel’s first peace treaty with an Arab nation—Egypt—an undertaking that few thought could be accomplished. It not only has lasted for four decades, however, but became a model for the recent Abraham Accords.

Yet, far from concealing his less popular decisions, “Upheaval” portrays, with honesty, the controversies that dogged Begin throughout his political life, from the 1946 bombing of the King David Hotel to the 1948 Altalena Affair and through Israel’s ill-fated invasion into Lebanon in 1982.

As history repeats itself on the geopolitical world stage, world leaders today face many of the same difficult decisions that Begin was forced to confront, from existential threats to securing the safety and passage of Jews in peril in Diaspora communities.

“Upheaval” poses questions about when to compromise and how to make decisions that are in the people’s best interest. Still, the overall and more abiding message speaks to Begin’s leadership and courage, his lasting impact on the Jewish people and his relevance today.

The idea for the film came to life a few years ago when HLI founder Rob Schwartz read Yehuda Avner’s book The Prime Ministers. A businessman, philanthropist and chief of staff to former U.S. Senator Joseph Lieberman, Schwartz said that when reading the book, he was mesmerized by Begin’s achievements and started to search for films to learn more about him.

When he failed to turn up any lengthy video accounts of Begin’s life, he decided to create one himself, despite his lack of filmmaking experience.

“Menachem Begin made an undying commitment to protect the honor and physical safety of all Jews,” said Schwartz. “That’s what sold it for me.”

The documentary is the centerpiece of a larger effort to spread the word about Begin and his relevance today. The producers are concerned that many young Jews know little of the founding and struggles of Israel as a nation and of Begin as a leader.

HLI is creating two companion curriculums in seven languages for youngsters and adults that will be distributed worldwide. It is also planning a campaign to educate and motivate college students to take action against rising anti-Semitism in the United States and around the world.

While anti-Semitism is not an issue in Israel, Makov, too, wants to reach young Israelis for whom he fears Begin’s leadership is often “not history, but archeology.”

“In very broad terms, I would like them to feel they can be proud Jews, as Begin was, and still be very human, preserving human rights and democracy,” said Makov.

For information on the different screenings, visit: https://www.upheavalfilm.com/israel