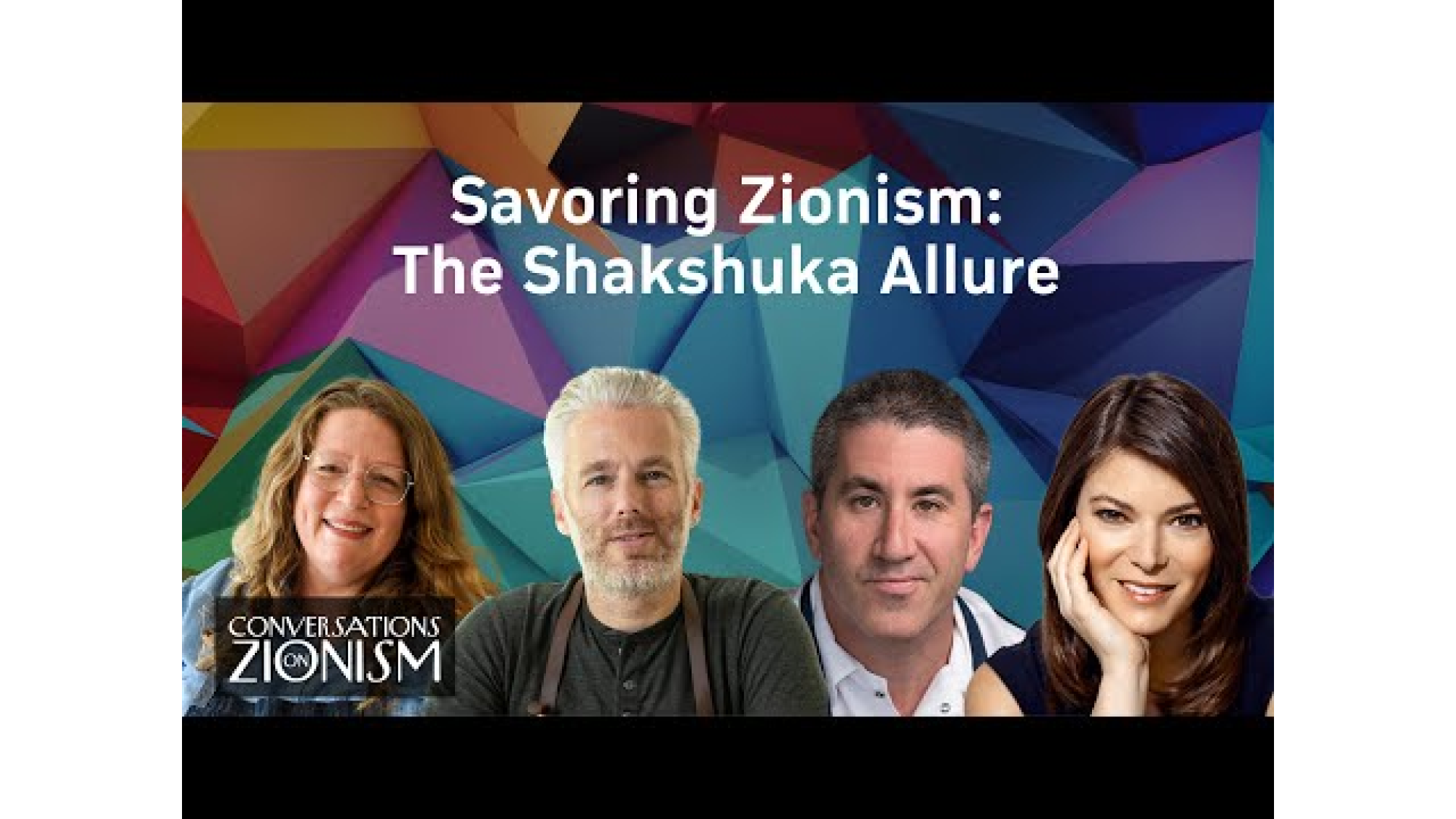 (July 4, 2022 / )Dishes like shakshuka and falafel are a daily staple for Israelis, but chefs see them as something more: a way to connect people outside of Israel with the country’s culture and traditions.

In a recent episode of the Jewish National Fund-USA’s Conversations on Zionism, a panel of culinary professionals discussed the importance of Israeli cuisine on the international scale.

Moderated by Lior Lev Sercarz, co-founder and Chief Culinary Officer of Jewish National Fund-USA’s Galilee Culinary Institute and owner of La Boîte, a biscuit and spice shop in New York City, the panel discussed the way culinary art can help advocate for Israel while reflecting its beauty and diversity.

“Israeli cuisine for me is a form of advocacy for Israel,” said Michael Solomonov, a well-known Israeli chef and restaurateur.

The chef, known for his Philadelphia-based Israeli restaurant, Zahav, believes familiarizing the world with Israeli food can help the uphill battle against the country’s legitimization.

Gail Simmons, a Top Chef judge, shared this view, adding that spreading Israeli cuisine is a way to forge understanding between cultures and celebrate Israel’s diversity.

“So many people who come to Israel are there because they aren’t able to be anywhere else,” said Simmons. “And they bring with them their food and their traditions and their culture. That is something to cherish and appreciate more than anything else.”

Israel dishes as a metaphor

Adeena Sussman, author of the cookbook “Sababa,” has also used food as an entry point to Israeli culture. After she immigrated to Israel and moved to Tel Aviv in 2018, Sussman found the markets behind the food are diverse.

“On Muslim holidays, the shuk is quite empty,” she said. “It’s a way for me to learn about other cultures, even though this is technically the Jewish state, it’s the state of multitudes … there are so many examples of culinary and cultural coexistence in Israel.”

Sussman explained that she sees Israeli dishes as a metaphor for life in Israel and for Israelis themselves: bright, sunny, fresh and alive. Spreading this sentiment can help show others that Israelis are just like other people, Sussman contended.

“We’re just people cooking, eating, loving and working,” said Sussman. “Doing all the things that people do in all the other places in the world.”