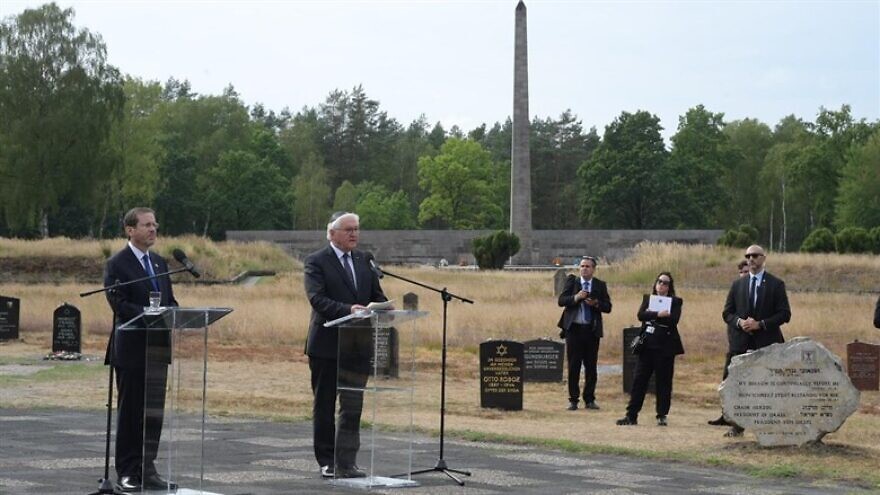 Herzog and Steinmeier began their visit by laying a wreath on the grounds of the former concentration camp, followed by a walk to the Jewish memorial, which was built by camp survivors after the war.

There, Herzog recited the Kaddish prayer in memory of Holocaust victims. He followed in the footsteps of his father, the sixth president of Israel, Chaim Herzog, who visited Bergen-Belsen during an official visit to Germany in 1987 as the first Israeli head of state to do so.

British military forces freed prisoners of Bergen-Belsen from the Nazis on April 15, 1945, towards the end of World War II. Chaim Herzog, a British Army officer at the time, took part in the liberation efforts.

His son said on Sept. 6: “When the camp was liberated, a military convoy rolled into the site headed by an officer, who stood on a wooden crate and shouted in Yiddish, in front of hundreds of people, hundreds of human skeletons: ‘Yidden! Yidden! Es leben noch Yidden!’ In English: ‘Jews! There are still living Jews!’ There are still Jews in the world! That Jewish officer was my father, Chaim Herzog, of blessed memory, later president of Israel.”