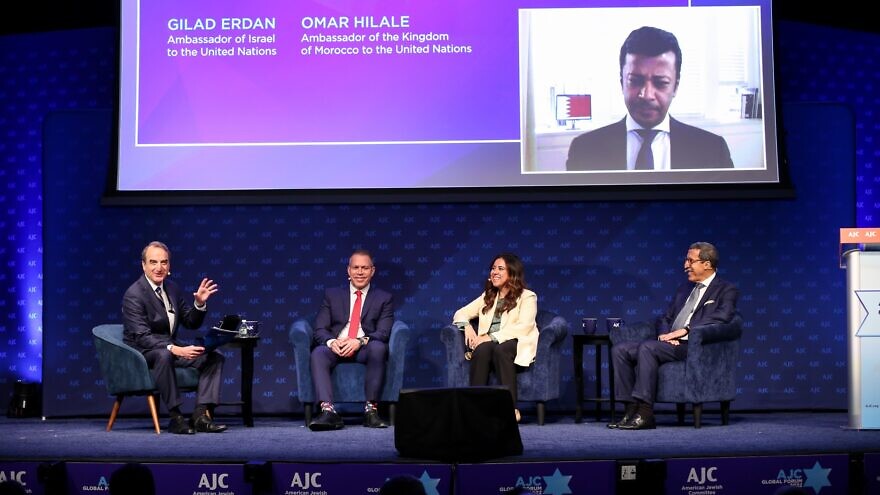 (June 17, 2022 / JNS) As the AJC Global Forum convened in New York City this week, the focal points were those of catching up with a Jewish world that changed rapidly in the last two years from the COVID-19 pandemic, a new war in Europe and economic uncertainty.

“What we’ve seen at the moment is that [European] governments have significantly increased their actions against anti-Semitism. They support Jewish communities on a larger scale than before, and yet anti-Semitism is increasing because we have come out of a pandemic where we saw anti-Semitic content explode on the Internet,” Katharina von Schnurbein, the European Commission Coordinator on Combating Anti-Semitism and Fostering Jewish Life, told JNS.

“We have a war on Ukraine where the propaganda very clearly uses Nazi language and distorts the Holocaust,” she said. “And we have an economic downslope on the horizon where traditionally Jews have been scapegoated. So all of this together means the challenges are increasing while, at the same time, our actions are also increasing.”

“I came out and made a very clear statement in the infancy of my administration. I said BDS is wrong. I said it is a targeted attack that aims to punish and cause economic harm to Israel. So, I prohibited state agencies and authorities from investing in entities that participate in BDS activities. We got that done in the state of New York very early,” Hochul told attendees.

Meanwhile, Adams addressed a spike in hate crimes plaguing New York City and America as a whole. The New York Police Department reported 86 anti-Jewish hate crimes in the city in the first three months of this year alone. At this rate, annual totals would far exceed the record of 242 reported in 2019. This comes after U.S. big-city hate crimes spoked by 39% last year, according to an analysis of national police data compiled by the Center for the Study of Hate and Extremism at California State University, San Bernardino.

“We’re at an interesting place in America. Two individual groups that don’t realize that they are assisting each other: the far, far left and the far, far right. … We must not alleviate, we must eradicate hate—that’s the focus that we’re going to have,” he said.

Zelensky used his platform to appeal for additional help to battle Russian invaders, noting AJC’s long-standing involvement with Ukraine—from its push to the Bush White House to recognize Ukrainian sovereignty in 1991 to its sponsorship of flights for Ukrainian Jews to Israel during the current crisis.

“I am aware of your substantive help for our state, but I ask you to redouble your efforts to stop Russian hatred. Hatred for humanity,” said Ukraine’s president. “Yes, it is hatred that is the driving force of this ongoing Russian war against Ukraine and against freedom in Europe.”

He applauded AJC for its support of Ukraine, urging forum participants to redouble their efforts.

“Defend the need to enhance sanctions against Russia. You are capable of it,” said Zelensky. “I know that your help is already significant, but you can use even more of you influence because we now have a historic opportunity to defend our common freedom, our common security, our common cultural diversity from the greatest wave of hatred that has threatened the world in recent decades. So, let’s end this war. Let’s defeat Russian hatred.” 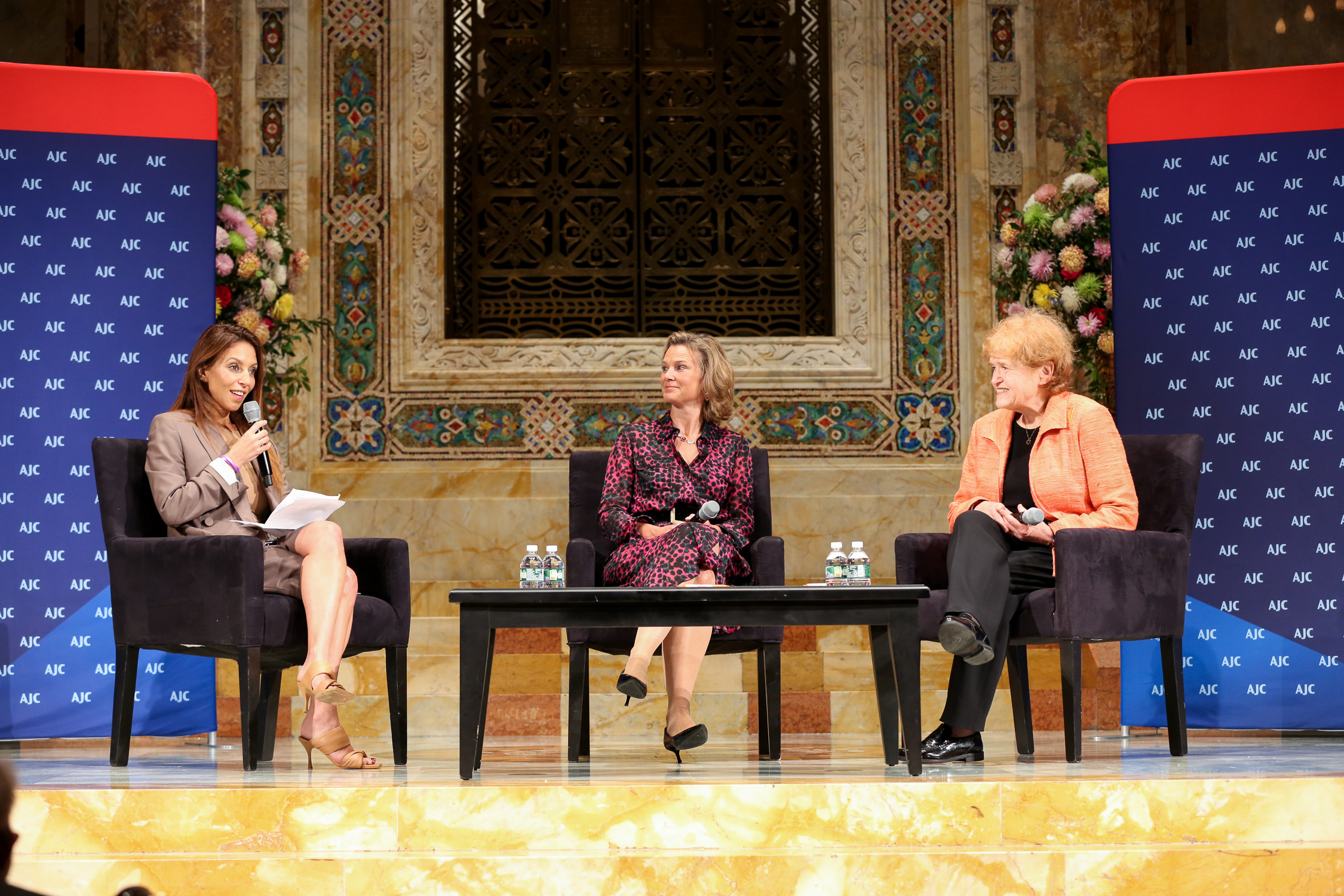 ‘There is a struggle between good and evil’

In an interview with JNS, von Schnurbein said including the goal of fostering Jewish life in the European Commission adopted in October was paramount for two objectives.

“One is to ensure the security of Jewish communities. It’s a prerequisite that you feel secure to see a future for yourself and your children in a place. So, we have been very clear with governments that it is up to them to secure and pay for the security of those communities. We also contribute financially ourselves from the European Commission,” said von Schnurbein.

“The other aspect is ensuring that Jews can go about their lives in accordance with the religious and cultural traditions that they choose as part of their Judaism. And so, I think that this is something where we have to and are reaching out to governments,” she added, addressing the bans and restrictions on Jewish ritual slaughter and circumcision in some European states.

Von Schnurbein said the European Commission will hold a conference this fall to find political compromises between member states and Jewish communities, along with Muslim communities that are often the intended targets of religious bans and restrictions.

“The majority of countries actually have good solutions to ensure that Jews can live with shechitah [Jewish ritual slaughter] and brit milah [circumcision],” she said. 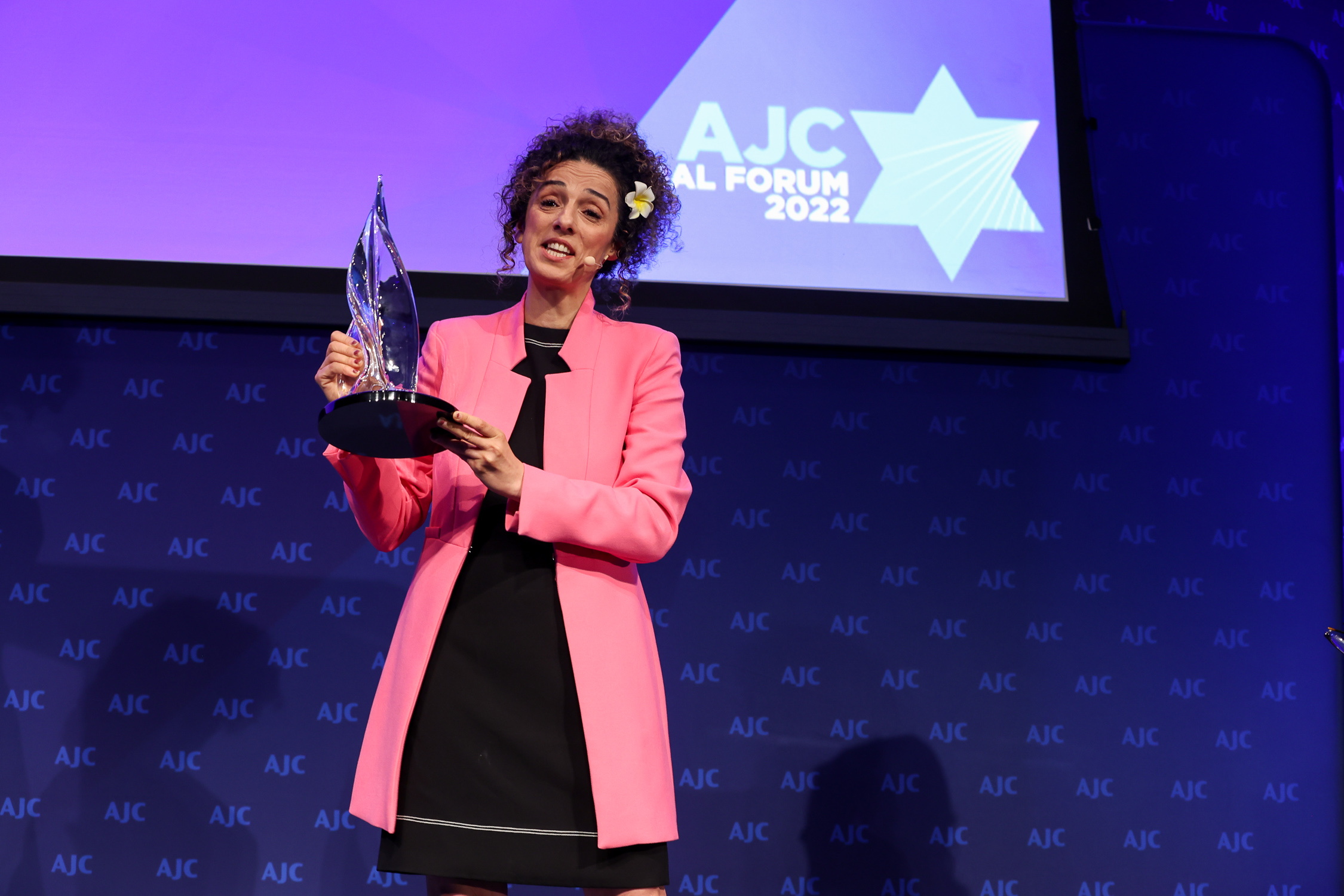 Lapid delved into the connection between Israelis and Ukrainians in fending off aggressors to maintain their national homes. “This past year has reminded us that the biggest struggle in our world is not complicated,” he said. “It is simple: There is a struggle between good and evil, between terror and violence on one side, and freedom and democracy on the other.”

Monday morning’s plenary also included a panel discussion among the U.N. ambassadors from Israel, the United Arab Emirates, Bahrain and Morocco, who spoke about the tangible effects of the Abraham Accords on their respective countries.

“Ultimately, the Abraham Accords are not just a peace agreement between Israel and the United Arab Emirates. I think it’s also a step-change in the relationship globally between Islam and the Jewish faith, and that’s really important,” said UAE Ambassador to the United Nations Lana Nusseibeh.

Israeli Ambassador to the United Nations Gilad Erdan signaled hope about the potential of the normalization of relations between Israel and Saudi Arabia. U.S. President Joe Biden will visit both countries next month. Erdan said he is “praying and wishing that [Biden’s] stop in Saudi Arabia would help to expand the new circle of peace.”

The forum marked the swan song for AJC CEO David Harris, once dubbed by Israeli President Shimon Peres as “the foreign minister of the Jewish people.” Harris, who has led the AJC since 1990, is stepping down at the end of September, to be replaced by Rep. Ted Deutch (D-Fla.). Harris was feted throughout the forum, with tributes pouring in from leaders in Israel and around the world.

Deutch is set to host the 2023 AJC Global Forum next June in Tel Aviv.