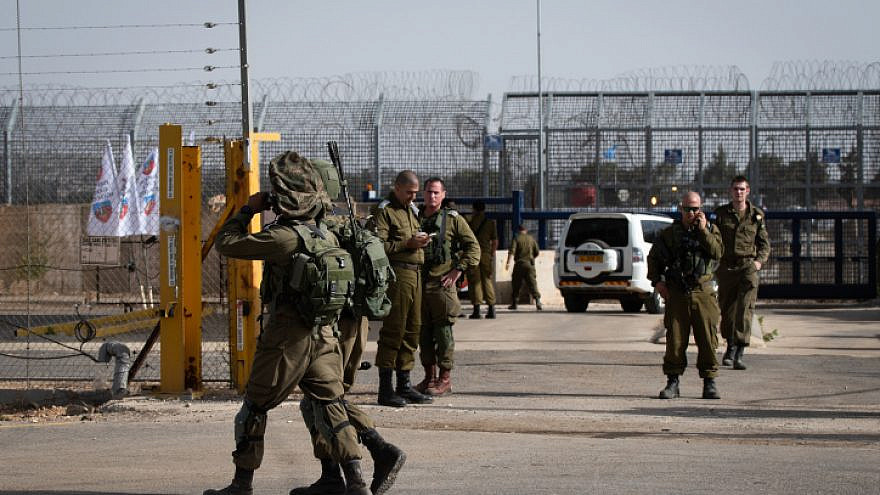 Israeli soldiers guard the Israeli side of the Quneitra Crossing on the Israel-Syria border in the Golan Heights on Oct. 15, 2018. Photo by Basel Awidat/Flash90.
Republish this article
603 WORDS
Spread the word.
Help JNS grow!
Share now:

(February 23, 2021 / Israel Hayom) The return home last week of an Israeli woman who had crossed the border into Syria has brought prisoner exchanges back to the headlines. How does Israel contact parties that are holding its citizens? What are the rules of conducting such negotiations?

“Israel has systematically been assisted by foreign mediators throughout the years. [For example,] with Hezbollah and Germany. We also cooperated with France and the United States. As for the current case, we worked together with a mediator in Syria who was interested in helping us. Also, Russia has influence in the country, which made the process much easier,” he said.

Peri added that Israeli Prime Minister Benjamin Netanyahu and the government deserved praise for springing into action the moment they received intel that an Israeli citizen was being held by the Syrian army. 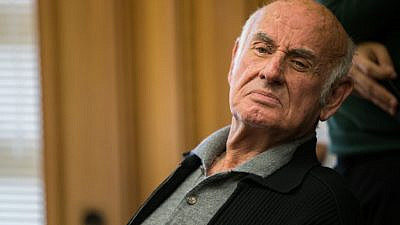 “One of the criticisms directed at the government during the case of Ron Arad [an Israeli Air Force navigator who was captured in Lebanon in 1986] was that they were late in handling his kidnapping. The State of Israel has learned its lesson,” he said.

Former Mossad intelligence agency official Rami Igra, who headed the organization’s captive and missing persons division, told Israel Hayom that there is no country that cannot be negotiated with, even if sometimes the talks are conducted under the table.

He explained that if an Israeli citizen is arrested in a certain country, for example North Korea, by the local police, and not as a result of an order from the regime that might have an ulterior motive, then the release process of such a detainee is quite simple, but requires complete secrecy.

“The affair is completely taken off the agenda,” Igra explained. “The Mossad contacts a friendly intelligence organization that carries on the negotiations with North Korea. Then, following several talks, the citizen is most often quickly released [while the entire affair] stays under the media radar.”

Negotiating the release of the Israeli woman in Syria required a phone call to the Russian intelligence, Igra said. “Russia is the landlord of Syria at the moment. This is how the remains of the late Zachary Baumel [an IDF soldier who was captured in the 1982 Lebanon War] were returned to Israel, and most likely, the remains of more IDF casualties will be returned with Russia’s help.” 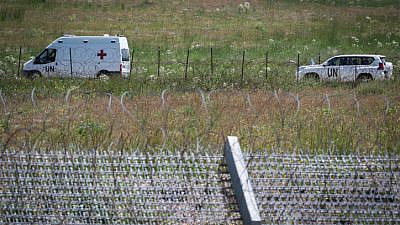 U.N. peacekeepers transfer two Syrian prisoners from Israel to Syria following the return of the body of Israeli soldier Zachary Baumel, at the Quneitra Border crossing, in the Golan Heights, on April 28, 2019. Photo by Basel Awidat/Flash90.

Professor Uzi Arad, a former Israeli national security adviser and Mossad official, told Israel Hayom that many talks had taken place between Syria in Israel throughout the years with the help of a third party.

“If we go back 40 years in Israeli-Syrian history, we will see that negotiations between the two countries have been taking place consistently via a third party, for example with regards to the Druze residents in the Golan Heights in terms of family reunification and Druze trade,” he said. 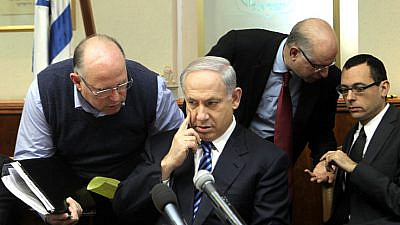 “Sometimes the third party was a U.N. employee stationed in the country, other times the Red Cross, or the Swiss or a third country that provides such a service. The negotiations take place in the field most of the time. The government is aware of the process but might not always be directly involved in it,” he said.

“The current deal seems to differ because it required the approval of the entire government. Cynics will say it’s because of the upcoming election, but it could very well be that there is a secret aspect to the deal which required a government decision,” Arad added.