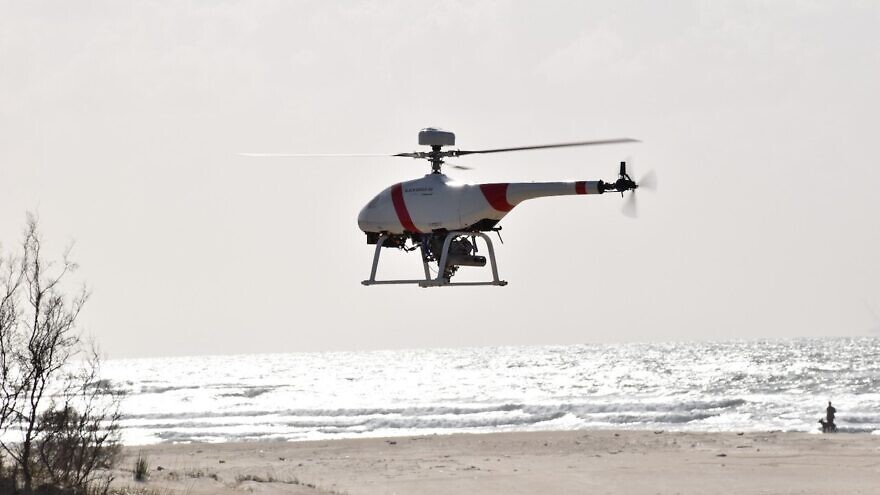 The company, which recently unveiled a new type of unmanned helicopter, is seeing increasing demands for systems that carry combinations of sensors.

Many of the clients who have ordered Steadicopter’s unmanned aerial systems are searching for intelligence, surveillance, target acquisition and reconnaissance (ISTAR) capabilities. The helicopters can also carry cargo payloads.

Noam Lidor, vice president of sales, marketing and business development at Steadicopter, said clients are increasingly searching for “a combination of capabilities.”

“The world is going in the direction of being able to analyze sensors simultaneously while they’re in the air. They want the camera to tell them what is going on as they look at a spot,” he explained. “Hence, there is a requirement to combine sensors and to take multiple payloads on one platform that solves many missions, including through the use of artificial intelligence.”

Capable of flying for five hours with a takeoff weight of 50 kilograms (110 pounds), it can also be used for search-and-rescue, intelligence missions, to monitor offshore rigs and other naval missions. The Black Eagle 50H can carry up to 12 kilograms (26 pounds) of payloads.

“From the first days of the company, we ensured that all of our technology is developed in-house,” said Lidor. To that end, the company has engineers in all relevant areas needed to develop unmanned helicopters, covering the mechanical, electronic, control systems and automatic flight-system sectors.

The company’s first helicopter was based on gasoline propulsion and had a maximum takeoff weight of 35 kilograms. “Over the years, we gained a lot of experience. Two years ago, we shifted to an electrical system [the Black Eagle 50E], which our clients wanted for other kinds of missions—more urban, more covert missions,” he added.

The helicopters can take a range of sensors on-board, from day and night cameras, mini-radars, light detection and ranging, signals intelligence, communications intelligence and other features.

If clients can enable cellular or satellite communications, that increases the range of operations, noted Lidor.

“We are all of the time adapting to client needs,” he said. “The future is about the needs of the clients. The hybrid propulsion system is a game-changer.”

The hybrid system is based on a helicopter that can use both direct battery power and a generator that provides electric propulsion.

Said Steadicopter said in a statement: “For enhanced mission versatility, the hybrid platform also enables operators to select power by generator while enroute, switching to the quieter direct battery power during the mission itself, enabling maximum covertness.”