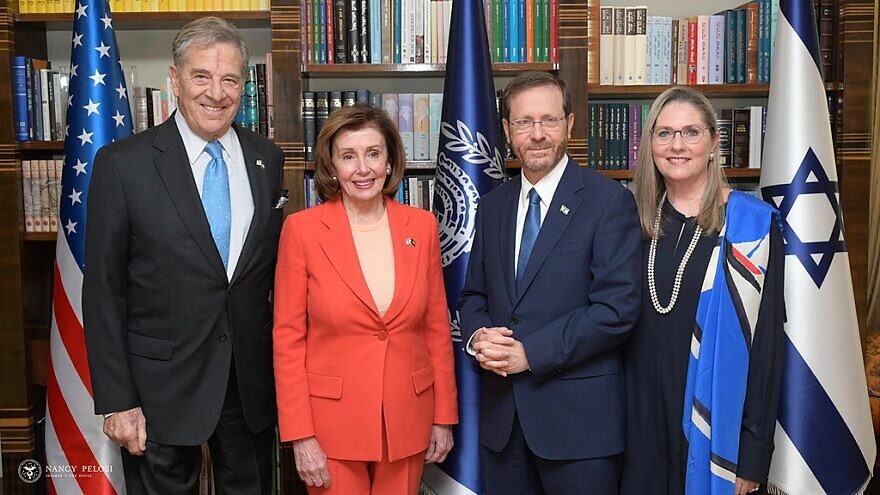 “Shocked by the vicious attack on Paul Pelosi and relieved that my friend Speaker Pelosi, who welcomed me so kindly this week, is safe,” Herzog said in a statement.

Herzog met with the congressional leader on Tuesday in Washington.

“Attacks on elected officials and their families are attacks on democracy itself. On behalf of the people of Israel, praying for Paul’s recovery,” the Israeli president added.

Pelosi, 82, was assaulted in his San Francisco home in the early hours of Friday morning by a hammer-wielding assailant who was reportedly seeking his wife.

Pelosi suffered a fractured skull and injuries to the right side of his body and underwent surgery, according to U.S. media reports.

He is expected to make a full recovery.

The attacker, identified as David DePape, 42, is facing charges of assault with a deadly weapon, burglary and several other felonies.

According to the reports, the suspect maintained online sites and social media accounts filled with anti-Semitic memes, posts denying the Holocaust and references to far-right conspiracy theories.