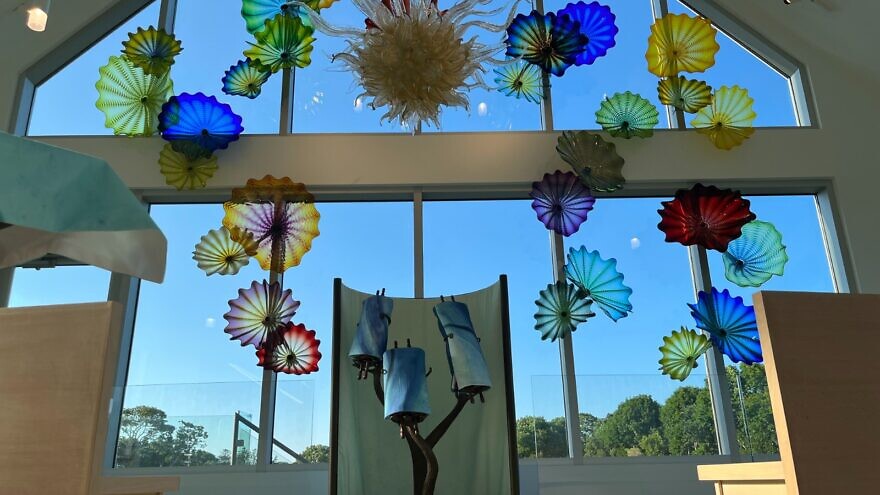 (December 4, 2022 / JNS) Leading Israeli artists and digital textile designers have given the Hampton Synagogue in Westhampton Beach, N.Y., a facelift.

The synagogue, which has been visited by several prime ministers and cultural icons such as Steven Spielberg, recently completed a transformation by international designer Edward Jacobs, who lives in Israel. Jacobs’s synagogue and museum designs have won several awards for their ability to bring together the traditional and the modern.

The Hampton Synagogue has been around for three decades. It continues to be operated by founding rabbi Marc Schneier. The new Jack’s House children’s community center was created in memory of Holocaust survivor Jack Gura.

Jacobs combined the work of artist Dale Chihuly with Kornit Digital’s technology in meaningful segments in the project. Chihuly is an American artist best known in the field of blown glass. His creations appear in around 200 museums around the world. Kornit Digital is an Israeli company that develops and manufactures digital textile printing machines for the fashion and textile industry.

“The ability to precisely identify and connect the old with the new, technology with ancient art, allows me to tell a unique story with a powerful statement through design,” Jacobs said. “Understanding the changing culture and finding the right technology, art and digitalization platforms to share our message form a distinctive combination like the Hampton Synagogue.” 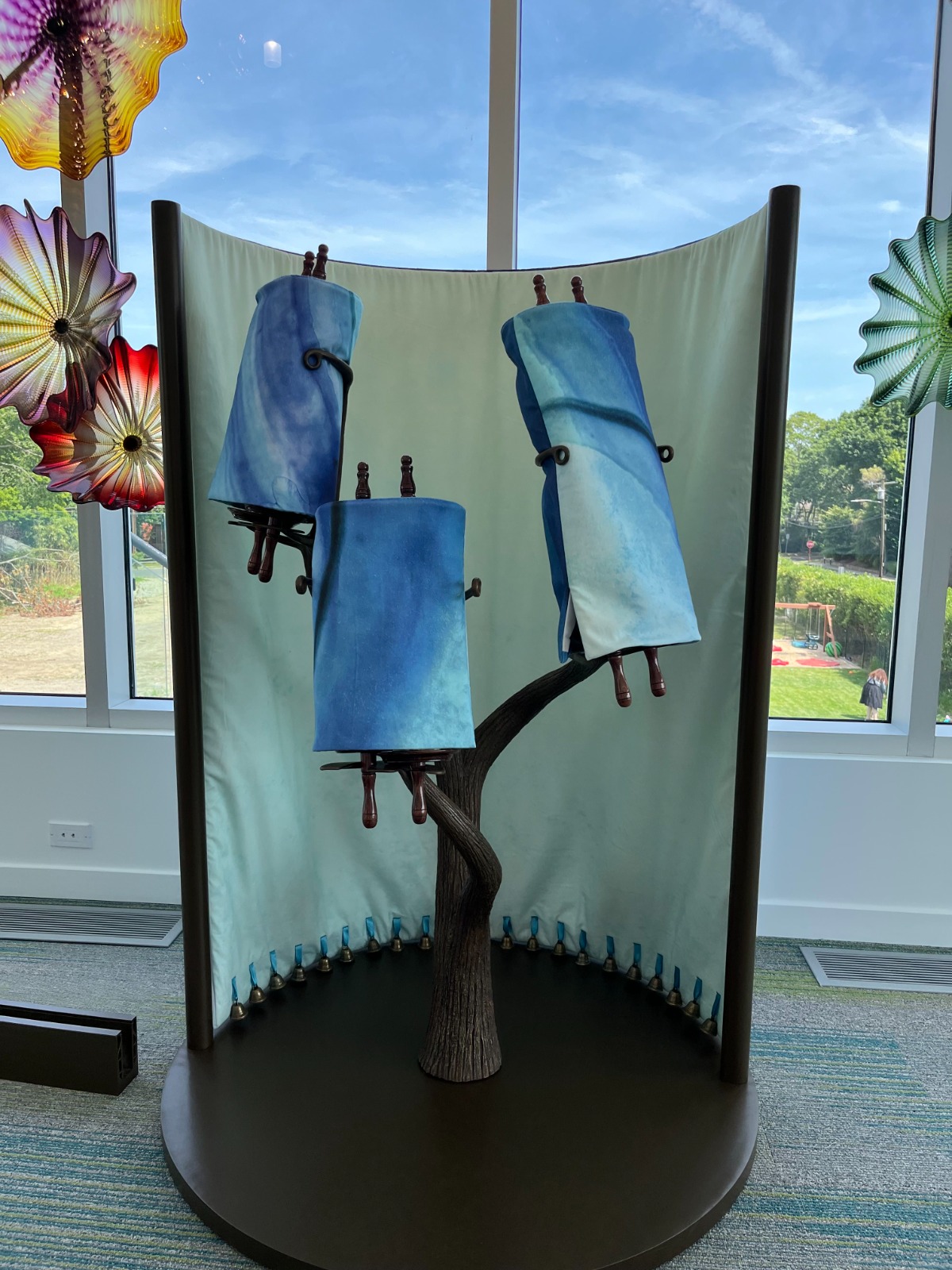 The designs include fabric decorations, tablecloths and more. For example, Jacobs and Chihuly planned and conceptualized the ark curtain, which was printed by Kornit Digital’s Presto Max system in Israel and delivered to New York within one week.

“Technology empowers all artists to bring their creative vision to life via textile, as it does in this moving project,” said Kornit Digital’s Business Development Manager Gil Shavit. “We’re thrilled to play a part in this special, global activity with a distinguished artist like Dale Chihuly, thanks to Edward Jacobs, who brought these two worlds together.”