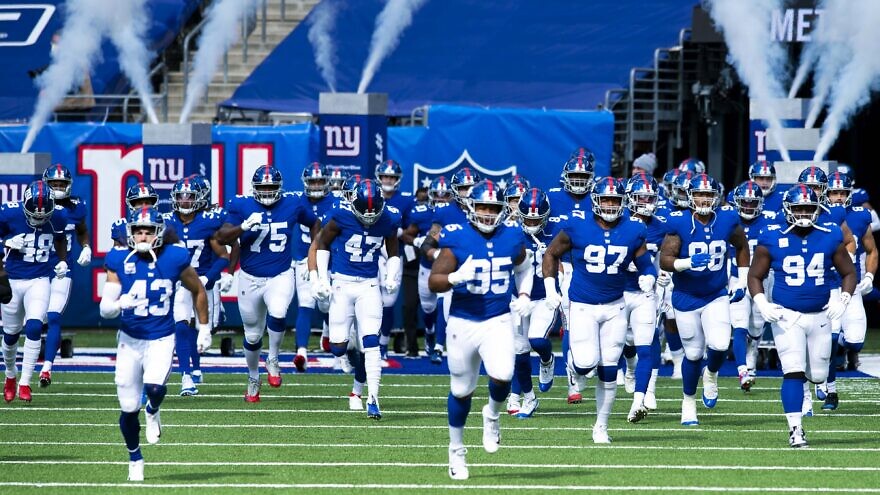 (May 20, 2022 / JNS) New York Giants co-owner John Mara said he’s “not happy” that the National Football League has scheduled his team’s only “Monday Night Football” game of the 2022 season on Sept. 26, the second night of the Jewish holiday of Rosh Hashanah.

“I am well aware of that and not happy about it,” Mara told the New York Post on Tuesday. “I made my feelings known to the league as soon as I saw the schedule. We have always requested the league take the Jewish High Holy Days into consideration when formulating our schedule. Not sure why it happened this year.”

According to the NFL schedule, the Sept. 26 game will pit the Giants against the Dallas Cowboys at the Giants’ home, MetLife Stadium in East Rutherford, N.J.

Mara submitted a request to the NFL to change the date to accommodate the team’s large Jewish fanbase in the New York metropolitan area, according to the New York Post.

The league denied the request.

Howard Katz, the NFL’s senior vice president of broadcasting and head of the group that assembles the game schedule, told the Post that as in years past when the “Jewish holidays fall on football days, [Mara] always asks to avoid the Jewish holidays. He certainly did. In this particular case, we were not able to accommodate that request.”

“There are flaws in every schedule; we’ve never seen a perfect schedule,” he said. “This was a flaw.”

He noted that the league was always going to have a Monday-night game on Sept. 26 and that whichever team ended up playing, its Jewish fans would be “conflicted” and have to decide whether to watch or attend the game. “It turned out that it was really unfortunate that it happened in New York,” he said, “but it was going to happen somewhere.”

The New York Jets similarly put in an NFL request for accommodations due to the High Holidays. Their request was accepted. The Jets will play against the Cincinnati Bengals at MetLife Stadium on Sept. 25 at 1 p.m., several hours before the start of Rosh Hashanah at sundown.