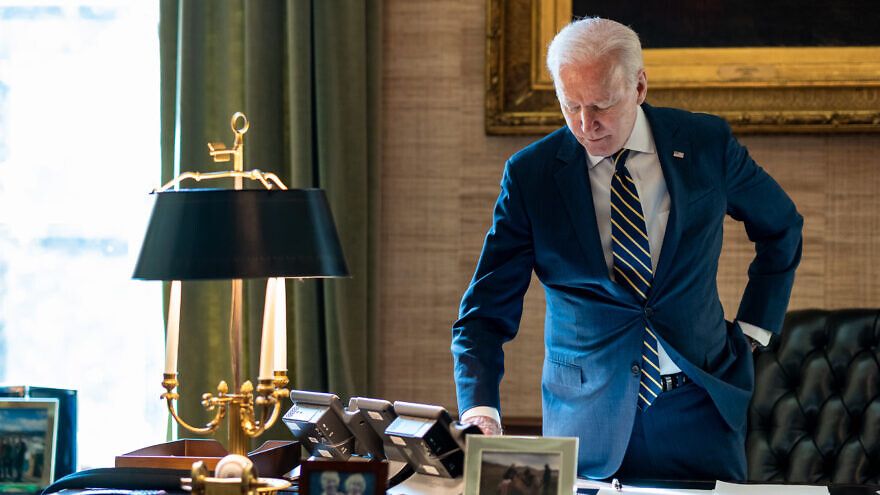 “As you know, we received Iran’s comments on the E.U.’s proposed final text through the E.U. Our review of those comments has now concluded, and we have responded to the E.U. today,” Price said at a State Department press conference.

“This negotiation at times has languished for months upon months on account of Iran,” added Price while refusing to give details about the U.S. response.

Recent developments suggest a deal may be close.

U.S. President Joe Biden discussed the ongoing nuclear negotiations with Iran during a phone call with the leaders of France, Germany, and Britain on Aug. 22. The leaders reportedly spoke about the “need to strengthen support for partners in the Middle East” as negotiations in Vienna over Tehran’s nuclear program appeared to be reaching an end-point.

U.S. National Security Council spokesperson John Kirby said on Wednesday that Iran had made a deal more likely by showing some flexibility in negotiations.

“We are closer now than we were even just a couple of weeks ago because Iran made the decision to make some concessions,” said Kirby.

However, hurdles remain despite the recent momentum, reported the Associated Press.

The Biden administration faces opposition from both Democrats and Republicans in Congress who question whether the agreement taking shape is good for U.S. national security, AP reported.

“I intend to systematically fight the implementation of this catastrophic deal, and will work with my colleagues to ensure that it is blocked and eventually reversed in January 2025,” said Sen. Ted Cruz (R-Texas) in a statement.

Israel has also expressed opposition to the deal.

Israeli Defense Minister Benny Gantz was scheduled to travel to the United States on Thursday for meetings with senior American defense officials against the backdrop of the emerging deal. “We will do everything we can to influence the agreement,” said Gantz said, as reported by Israeli media on Aug. 23.

Israeli Prime Minister Yair Lapid, at a briefing for foreign correspondents on Wednesday, said: “On the table right now is a bad deal. It would give Iran a hundred billion dollars a year. This money will not build schools or hospitals. This is a hundred billion dollars a year that will be used to undermine stability in the Middle East and spread terror around the globe.”

“We have made it clear to everyone: If a deal is signed, it does not obligate Israel. We will act to prevent Iran from becoming a nuclear state. We are not prepared to live with a nuclear threat above our heads from an extremist, violent Islamist regime,” he added.