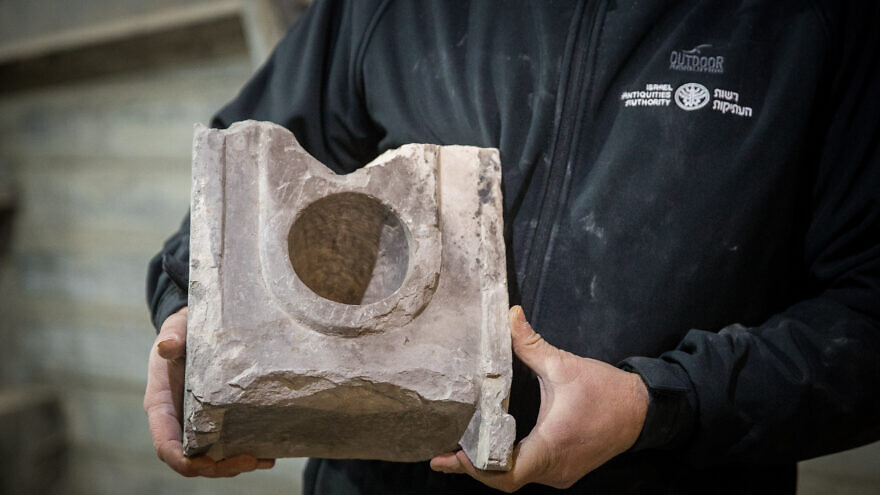 (January 7, 2020 / JNS) New excavations by Israeli archaeologists suggest the existence of a 2,000-year-old Jerusalem market in the City of David, the Israel Antiquities Authority said Monday in a statement, i24News reported.

Archaeologists and historians call the road that is being excavated under an eastern Jerusalem Arab neighborhood the “Stepped Street,” also called the “Pilgrims’ Path” or the “Pilgrimage Road.”

A rare ancient measuring table and dozens of stone measurement weights that were recently excavated suggest that the location in the Pilgrimage Road served as a major town square—a center for trade for those traveling to the Temple—during the Second Temple Period.

“The volume standard table we’ve found, as well as the stone weights discovered nearby, support the theory that this was the site of vast trade activity, and perhaps this may indicate the existence of a market,” said Antiquities Authority archaeologist Ari Levy in a press release. “The fact that there were city-specific weights at the site indicates the unique features of the economy and trade in Jerusalem during the Second Temple period, possibly due to the influence of the Temple itself.” 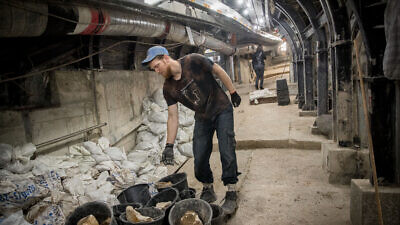 Workers dig at Pilgrimage Road in eastern Jerusalem near the City of David on Jan. 6, 2020. Photo by Yonatan Sindel/Flash90.

The excavation has to date revealed the top of the stone table, which Levy said would have belonged to the market’s manager or agoranomos (from the Greek word agora, meaning a central public space), who was in charge of supervising weights and measurements of commodities traded in the city of Jerusalem.

Professor Ronny Reich, an archaeologist and expert in ancient Jerusalem who was among the first to find portions of the sewer system that led to the discovery of the Pilgrims’ Path, said “other stone artifacts were very popular in Jerusalem during the Second Temple; however, so far, excavations in Jerusalem have only uncovered two similar tables that were used for measuring volume—one during the 1970s in the Jewish Quarter excavations, and another in the Shu’afat excavations in northern Jerusalem.”