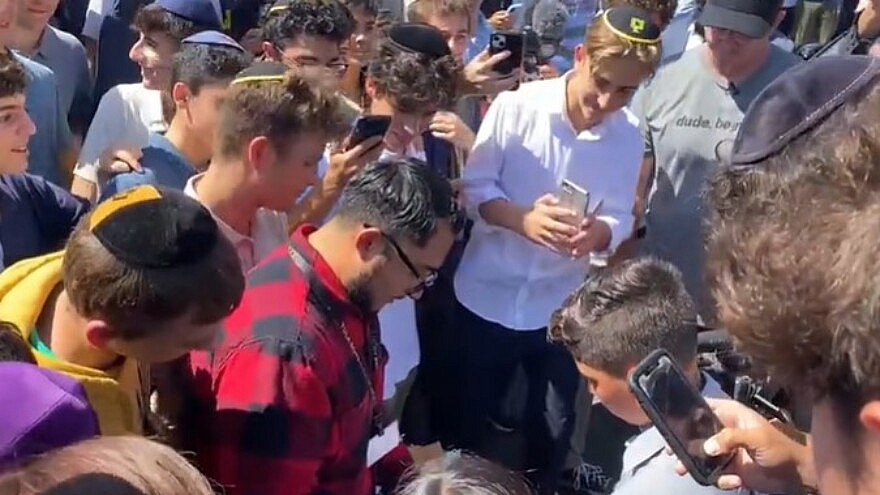 (August 31, 2022 / JNS) A group of students at a Jewish high school in Los Angeles raised more than $30,000 to buy a car for their math teacher who had to commute from his home in Santa Clarita, Calif., for close to two hours each way by public bus to get to work.

The students from Yeshiva University of Los Angeles Boys High School in Los Angeles’ Pico-Robertson neighborhood surprised Julio Castro with a 2019 Mazda CX-3 on Aug. 25. They also gave him a year of gas money and car insurance, according to ABC 7. The news outlet added that the high schoolers spent the summer raising the money and getting donations from organizations like Galpin Motors and the nonprofit Change Reaction.

“It is roughly two hours. It depends. If I miss my bus, I wait another half-hour or an hour,” Castro told ABC 7 about his commute to work. He said of his new car, “I feel surprised. I feel special. So, thank you to my students. They are like my kids as well.”

Joshua Gerendash, a senior at the high school, praised Castro, saying, “He made sure I understood all of the material by sitting down with me during his lunch breaks and sacrificing his time after school where he could be getting to the bus stop going back home.”

Castro told ABC 7 that he looks forward to using his car to spend more time with his girlfriend and kids.

“Now that I have a car, I get to drop off my kids every morning,” he said. “And then coming here with time to spare, I can use it on my lesson plans. Then on my way back, traffic is still bad, but I’ll be able to make it for dinner.”