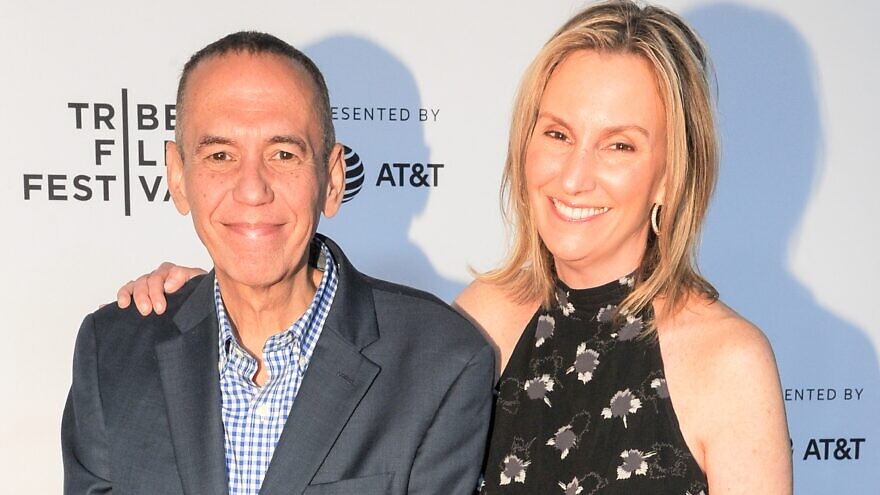 (April 14, 2022 / JNS) The first joke Gilbert Gottfried remembers making is when he was on his couch at about 4 years old. “When does the roller coaster start?” he recounts himself saying in his memoir Rubber Balls and Liquor. It may not have seemed so funny then, but give it time.

The legendary comedian had a brilliant and bumpy ride of ups and down. Gottfried was irreverent, hysterical, controversial, and if you saw his act, you’d hear big laughs mixed with murmurs by audience members wondering if he’d crossed the line.

The Jewish comedian died at the age of 67, it was announced on April 11. The cause was “a heart abnormality called recurrent ventricular tachycardia, an arrhythmia caused by myotonic dystrophy type 2,” the New York Post reported.

Born on Feb. 28, 1955, in Brooklyn, N.Y., Gottfried got hired as a cast member on “Saturday Night Live” in 1980, but was rarely used and lasted only one year. He also appeared in the films “Beverly Hills Cop II” and “Problem Child.”

When I interviewed Gottfried several years ago after a performance at Caroline’s comedy club in Midtown Manhattan and asked why he chose edgy material, he told me: “Whenever there is tragedy, comedy should be looking over its shoulder, sticking its tongue out.”

Gottfried was known for doing the voice of the talking scarlet macaw Iago in the film “Aladdin.” He’d often appear as a guest on the Howard Stern Show, sometimes launching into gibberish cantorial singing in a mock Hebrew calling himself “Rabbi Gottfried.” He said nonsensically false things about Judaism, with Stern recounting that Gottfried once told him that he went on a ride at Six Flags Great Adventure and his yarmulke flew off, even though it had 12 pins, and it landed on a chimpanzee who now has a congregation in Brooklyn.

Gottfried rose to fame doing roasts and became familiar to television audiences as the voice of the “Aflac Duck” in insurance advertisements. He was fired from that job after making insensitive jokes on Twitter about a tsunami in Japan in March of 2011. “Japan is really advanced,” he wrote on the social-media platform. “They don’t go to the beach. The beach comes to them.” 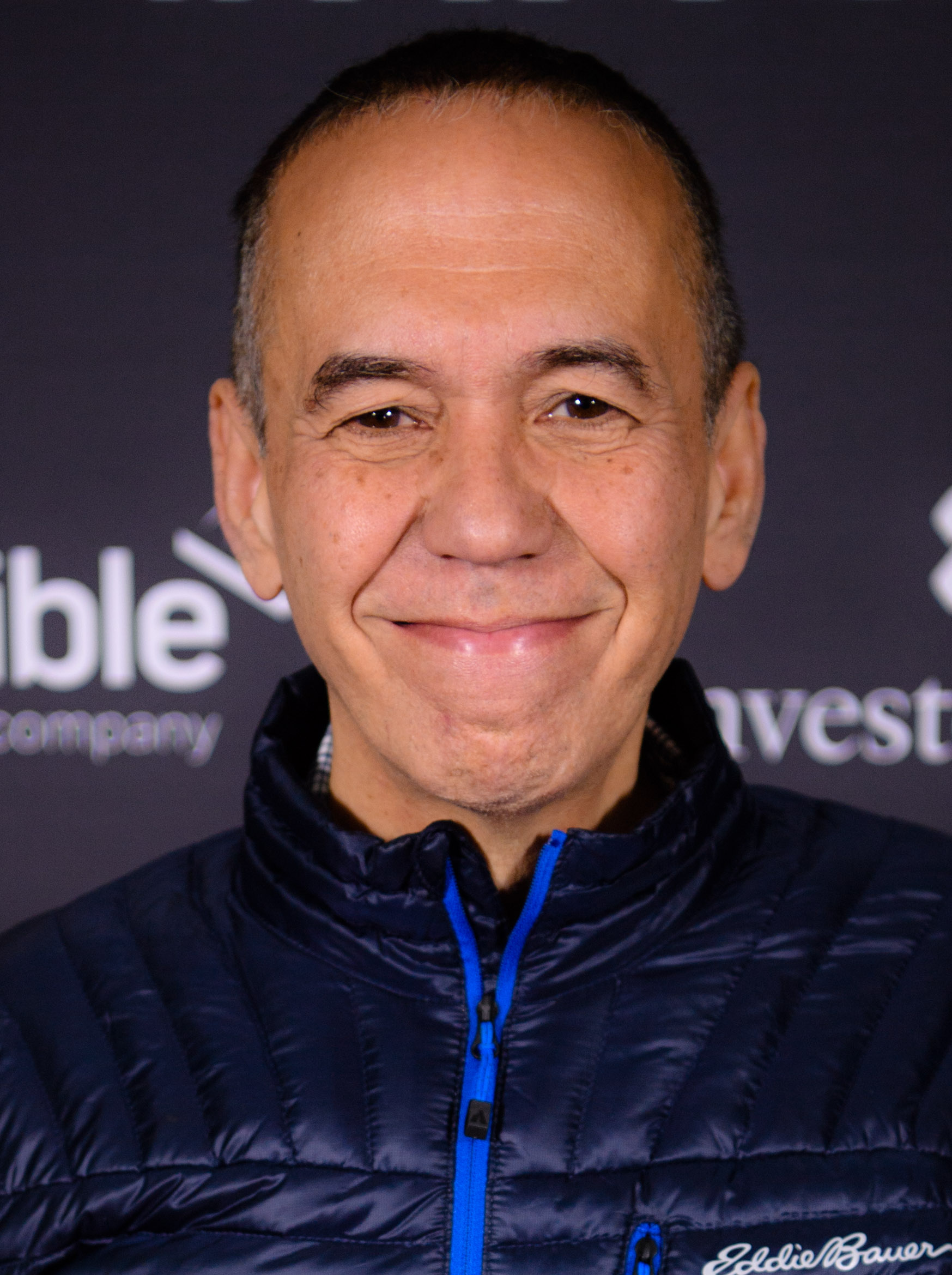 He told me he lost a huge amount of money from losing that job and added that jokes were the way he dealt with tragedy. He also landed in hot water making a joke after the 9/11 terrorist attacks. During a Hugh Hefner roast, he joked that he had to catch a plane to California but couldn’t get a direct flight. “ … They said they have to stop at the Empire State Building first,” he told the crowd.

It was followed by audible boos and comments of “too soon.” And so, he launched into a vulgar joke called “The Aristocrats,” which itself was later the subject of a documentary.

Benji Lovitt, a comedian who made aliyah to Israel, said Gottfried will be missed.

“A lot of attention is paid to Gilbert’s ‘Aristocrats’ joke at the roast but as a comedian, I find his courage to do the World Trade Center joke that preceded it far more impressive,” he told JNS. “Don’t get caught up in whether or not you found it funny. Nobody knows where the line is until somebody tries to find it. If everyone stops taking risks, comedy would cease to exist.”

His shrill, gravelly voice was part of his act and must have been an effort to keep up.

Harrison Greenbaum, known as one of New York’s hard-working comedians who shined as a semi-finalist on “America’s Got Talent,” opened for Gottfried and other top comedians, and is a headliner himself. Greenbaum said Gottfried was a gift to the world.

“I’m going to miss Gilbert so goddamn much,” he texted JNS. “Gilbert wasn’t just a comedian. He was COMEDY. He was a comic’s comic and a mensch’s mensch—an incredible person, inside and out. I know his memory will live on, indelibly inspiring others as much by his fearlessness as a comedian as by his selflessness as a comedian. Truly one of the all-time greats.”

Gottfried did impressive personations of numerous stars, including Jerry Seinfeld and Andrew “Dice” Clay. In his memoir, he wrote that he didn’t have a bar mitzvah or keep kosher, and his father was a Jewish atheist.

“To my father, being a Jew meant if the Nazis came back, we’d be loaded into the cars with everyone else,” he wrote.

He grew up on Coney Island and went to public school. For no apparent reason, he lists Natalie Portman, Israeli model Bar Refaeli, Sarah Michelle Gellar and Scarlett Johansson as Jewish women he’d be interested in. In real life, some were surprised that he settled down and married American film producer Dara Kravitz in 2007 and had two adorable children, Max and Lily, who can be seen in his documentary “Gilbert.”

In it, viewers learn in that his father, Max, ran a hardware store and was a handyman who nagged his son that he had to become somebody. He died at 66, when Gottfried was about 18. His mother, born Lillian Zimmerman, was a homemaker; neither would live long enough to see Gottfried’s big fame. 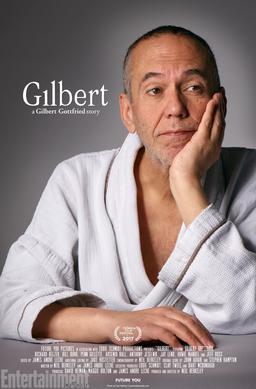 While I’ve seen the performer live about 10 times, the one joke he made in every set was the following: “Just once I would like to hear a black person say, ‘today when I got on the elevator, there was a Jew standing there. I got so scared. I don’t even think he lived in the building.’ ”

In the documentary, an announcer says: “If the Catskills were located in ‘The Twilight Zone,’ Gilbert Gottfried would appear there nightly.”

Gottfried would stare around at his apartment and say that it’s like “The Twilight Zone” episode where a guy wakes up and he’s in a different world with other clothes and a nice apartment where the furniture matches. Several who knew him, as well as the comedian himself, mentioned that he was a hoarder of soap and shampoo—and comically cheap.

“He was canceled before it was cool to be canceled,” said Berg. “He made the rest of us Jewish comics look like philanthropists. He was a cheap SOB. He was loved. I once asked him to go to a strip club with me after a show at Yuk Yuk’s Comedy Club in Toronto. He flossed his teeth, stared at me and said: ‘I’m going to bed.’ ” 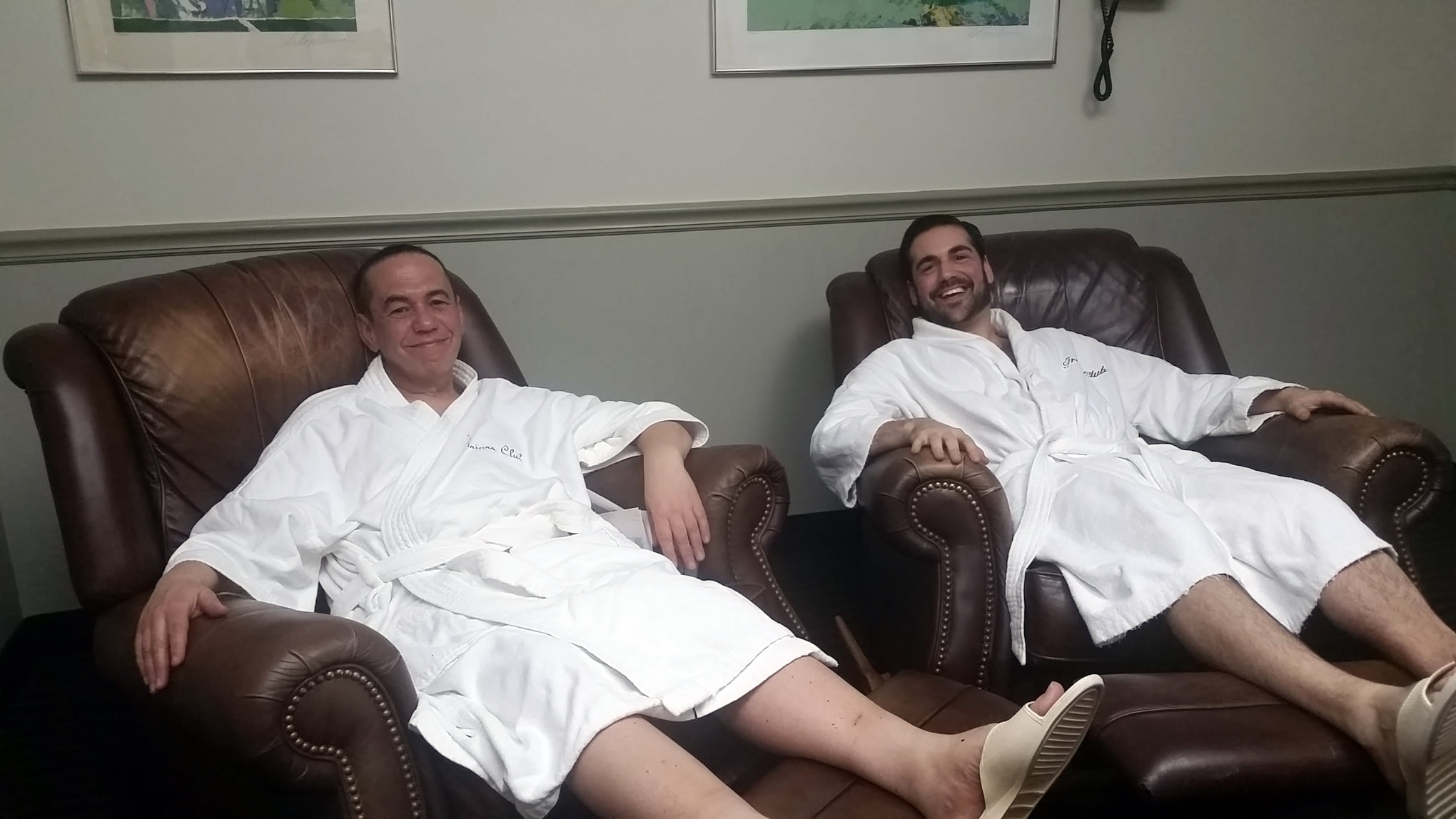 ‘A child and a demon at the same time’

Comic Talia Reese said she worked with Gottfried at Governor’s Island right before the start of the coronavirus pandemic.

“He was a classy gentleman and encouraging to other comics,” she said. “He was also a model of resilience in a tough business … a unique voice and just a plain hilarious dude.”

Gottfried was a fan favorite on Cameo, a website where a celebrity can be paid to send a short birthday or holiday message to someone’s phone.

Geoff Kole, a comedian who has run The Jewish Week’s “Funniest Jewish Comedy Contest” for decades, said “what I liked about him was that he held nothing back, and he held no ambition other than standup.”

“He was a pure comedian and had no ulterior motives. He was the precursor to an overly sensitive population,” continued Kole. “Humor keeps people sane and is a way people deal with stress. He was bold. He wasn’t a politically correct comedian. He didn’t care about anything other than telling jokes.”

David Weinbach, a past winner of the contest, said Gottfried was among the few comedians who could make his father laugh. After they watched a joke of Gottfried’s on TV, where he shouted, “Whose fault was the dinosaurs! You! It was your fault,” they laughed. The joke continues where you could ostensibly blame someone for anything that has happened in the history of mankind, and he said this became a running joke in his house.

Friend, comedy colleague and roastmaster Jeff Ross noted in the documentary that Gottfried was idiosyncratic.

“When you live in a $3 million co-op in New York City like Gilbert does, yeah, it’s weird to sell your DVDs after your shows, especially because no one has a (expletive) DVD player anymore,” he quipped.

Gottfried’s death comes after the passing of Jackie Mason and Bob Saget. 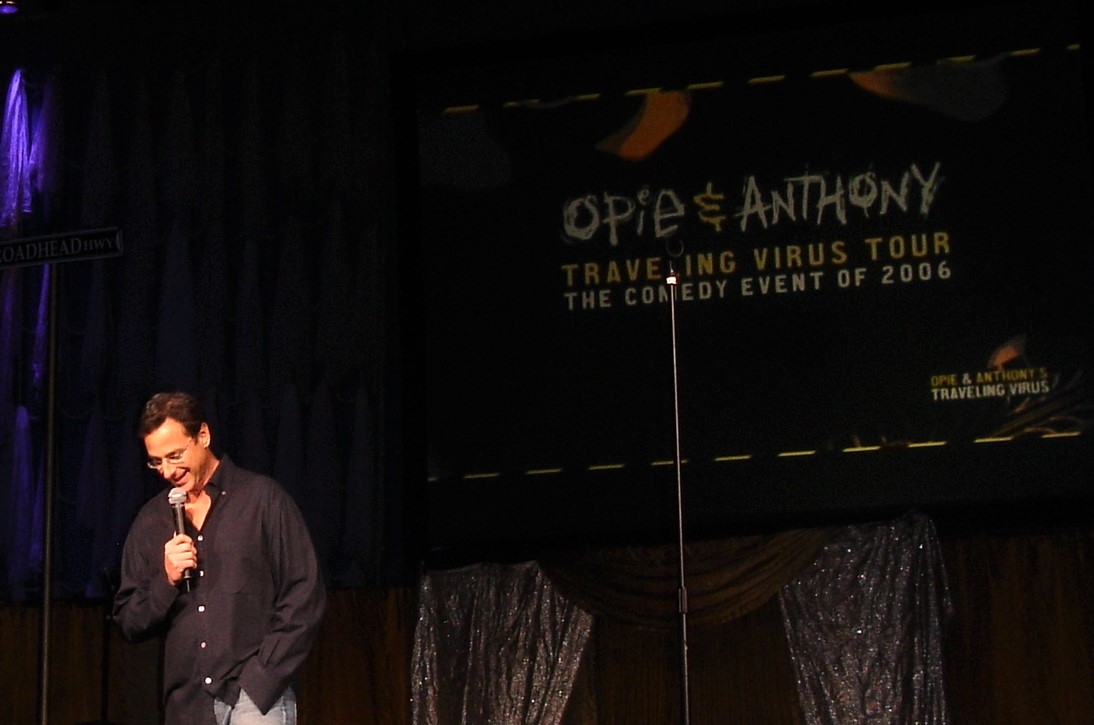 “Another big blow for comedy lovers and the comedy community,” said Stand Up New York co-owner Dani Zoldan. “I personally know many aspiring comics that Gilbert mentored. He was the kind of person who gave his time and knowledge of the industry to others that wanted to be like him. It’s been an especially rough time recently with the loss of other great comedians, so Gilbert’s passing makes things even more difficult. The world is a lot less funny today. My heart goes out to Dara, their children, Gilbert’s friends and comedy fans around the world.”

Eddie Murphy lauded Gottfried in the documentary, saying “he is completely on a different level of anyone else doing comedy,” while comedian Richard Kind refers to him as “a child and a demon at the same time.”

Gottfried, who dropped out of high school, feared his father thought he was a loser, and his film ends with a touching note.

“This is a fantasy I have in my mind,” he said. “I wish that I could bring my mother and father back to life for just like a couple of minutes, and go ‘OK, I just finished this movie with so and so. I’m on this TV show. Here, you can watch me walk down any block and people are coming up, they want their picture taken with me. To be able to bring them back just for like short moments to say that, well, I’ve got two children that I named after the two of you, and I’ve got a wife who is madly in love with me. You know, my parents would be amazed.”