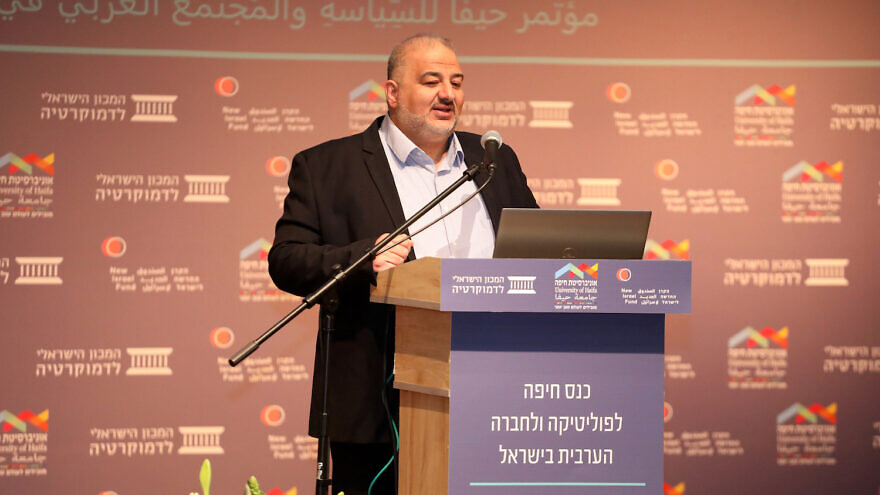 (April 6, 2022 / JNS) Eighty-four percent of Israeli Arabs agree that it is important to vote in the next Israeli election, and more than three fifths are optimistic about conditions for the sector improving in the future, according to a survey released on Tuesday.

The study, released at University of Haifa’s recent Conference on Politics and Arab Society, found that 21% of Arab respondents are extremely supportive of United Arab List Party’s (Ra’am) membership in the coalition, 23% are very supportive, 24% somewhat supportive and 32% not supportive.

Just over half of respondents feel that conditions for Israeli Arabs have improved over the past year (17% agree, 14% strongly agree, 24% somewhat agree), and 67% are optimistic about conditions improving in the future (20% optimistic, 16% highly optimistic and 31% somewhat optimistic).

Fifty-eight percent strongly believe it is important to vote in the next election, with 17% agreeing and 9% somewhat agreeing.

The survey of 701 respondents from Israel’s largest Arab population centers was conducted by Doron Navot, a lecturer at University of Haifa’s School of Political Science, in the second half of February 2022.

The conference is a joint initiative of University of Haifa, the Israel Institute of Democracy, and the New Israel Fund

“The Arab public is tired of sitting on the sidelines of politics, and wants to exert influence from within the coalition,” said University of Haifa faculty member Muhammad Khalaila. “However, there are still many within the Arab sector who do not think that the United Arab List has any significant achievements to its credit.”

The survey found an almost even split among respondents with regard to which politician most effectively promotes the interests of the Israeli Arab sector, with 25% choosing Knesset member Ahmad Tibi and 21% choosing current Ra’am leader Mansour Abbas.

Commenting on the survey in his address to the opening session of the March conference, Abbas said the findings reflect the Arab public’s feeling that right-wing politicians delegitimize the Arab party’s presence in the governing coalition. At the same time, he said, “The mainstream Arab public understands that we can’t only talk to ourselves. We must also speak to others outside of our community.”

Abbas was also optimistic regarding the Jewish public’s views of the current government.

“The very same Israeli public that did not agree to share a government with the United Arab List about a year ago is now our partner,” he said. “Now, there is growing support among the Jewish population for Arab participation in government. Every day, I meet people who wear a kippah—traditional and ultra-Orthodox Jews, and some who identify as Likud voters—who understand and accept our involvement. I certainly don’t see anger about how we managed to apparently ‘overthrow’ a right-wing government and help form a more diverse one.”