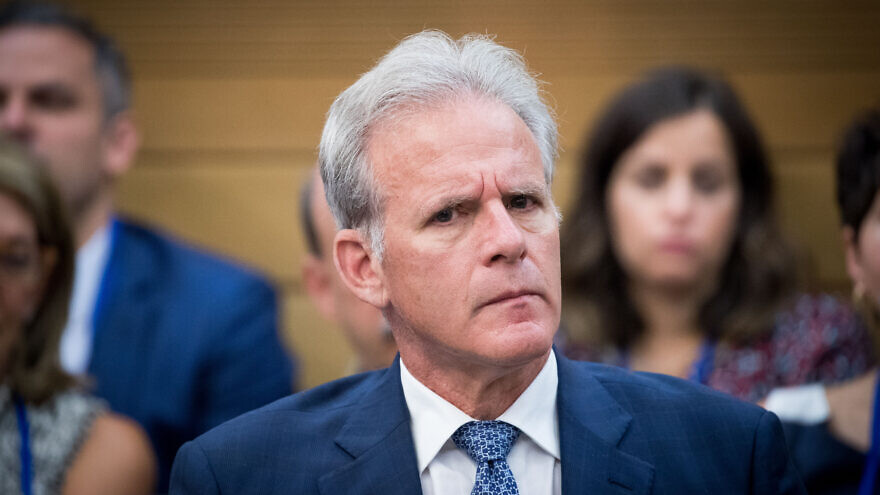 (October 13, 2021 / JNS) Michael Oren says he has been “integrally linked to the Jewish Agency” for years. The former Israeli ambassador to the United States and former Knesset member is one of eight candidates to head the organization. He has a long history with the Jewish Agency for Israel, which he hopes will continue—with him at its helm.

According to Oren, 66, the Jewish Agency used to be viewed “as a sinecure for politicians.”

“That practice seriously impaired [its] image and effectiveness,” he said. “It would be tragic if now, at this most critical time for the Jewish people, the position were again to be given to politicians who have limited familiarity with the Jewish world.”

He acknowledged that former Jewish Agency heads Natan Sharansky and Isaac Herzog did manage to elevate the organization.

Oren had kind words for his competition, telling JNS that he has “high regard for the people running against him” and that this is a race “between very qualified people,” which “says a lot about what happened to the agency over the last decade.”

On Tuesday, Intelligence Minister Elazar Stern withdrew his candidacy for the chairmanship of the Jewish Agency. This now leaves a smaller field of just eight candidates and raises the chances of those who might have lost to Stern.

He is a well-known figure in the Jewish world, a self-described “political centrist” and a “traditional Jew with strong ties to both liberal and Orthodox Judaism,” who views himself as “uniquely acceptable to all streams.”

Oren addressed the growing chasm between American and Israeli Jews, saying “we are at a crisis point. There is no other organization or institution that brings us back from that brink other than the Jewish Agency. The question is how.” 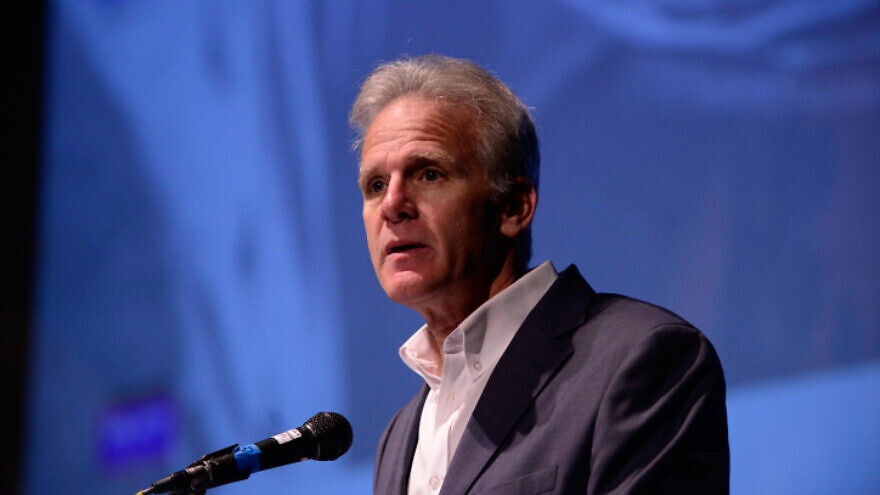 Oren went on to list a number of ways the Jewish Agency could lead the next generation of Jews. “The first thing we need to do is to recalibrate the way we reach out to young American Jews,” he said. “They aren’t in the synagogues or in Jewish organizations. We need to reach them where they are on social media with a Zionist message that they can understand because they are being bombarded by messages that say Israel is an apartheid state, that it is committing genocide. We need to address that.”

“The chairman must lead the agency in reaching out to young Jews online with a message of inclusiveness, of both unity and respect for diversity, and a re-energized Israel education designed to preserve and strengthen Jewish identity, and Israel-Diaspora relations,” he added.

Another avenue to reach young Jews, according to Oren, is to “increase the number of shlichim—the number of young Israelis who are meeting young American Jews.”

Oren believes that the impact of Birthright “is as great if not greater on the Israelis who accompany the tourists as it is on the Americans who go on the tour.”

“For many Israelis,” he said, “this is the first encounter with Jewish peoplehood. They know Israeli national identity, but they don’t know what they have in common with their cousin ‘Josh’ in Long Island. It’s transformative. We need to increase that number.”

Oren said he was the first Israeli ambassador to meet quietly with the haredi leadership of North America and noted that some want to be closer to Israel. “We have to reach out to them as well,” he said.

Oren said his dream is to inaugurate a “Haredi Birthright.”

“They have a growing population, and a large part of it seeks a different relationship with Israel,” he said, emphasizing, of course, that “it will be different than the current Birthright. We’re not going to take them to nightclubs in Tel Aviv. But we can show them Israel in a different way. Think about the music scene and how many great haredi musicians there are in this country.”

“We are not going to change their way of life in any way,” he said. “It would be geared specifically towards them. It is not just an opportunity; it is an obligation.”

While the idea of a haredi birthright or even Zionism won’t resonate with a significant portion of haredim, there are also non-haredi American Jews who are close to, if not already, beyond the pale.

“The Jewish world is in crisis,” said Oren. “At a time of swiftly rising anti-Semitism, vast numbers of Jews, especially young people in the United States, have become alienated from Jewish identity, Jewish peoplehood and the Jewish state. The Jewish Agency has the unique ability and historic responsibility to defend the Jewish people and bring us back from the brink.”

“There are processes underway in the United States that have nothing to do with us,” said Oren. “We didn’t invent critical race theory or ‘woke’-ism and yet Israel is on the receiving end. It’s been shocking to me.”

He said he tried as much as possible to meet with 16- and 17-year-olds, graduates of Jewish schools during his time in the United States. “They are steeped in this, on the ‘apartheid state.’ It is shocking. They are surrounded by it, marinating in it.”

Oren emphasized it is not too late for the agency to reach these youth and show them the true face of Israel.

“That is the goal of the Jewish Agency,” he said. “The government cannot do it. The Jewish Agency needs to be as inclusive as possible; not divisive. That is not easy to do today with so much polarization.”

With regard to the BDS movement on American campuses, Oren said he does not believe it is a lost cause, “but we are losing it.”

He called on Israel—and the Jewish Agency, in particular—to reach out to Jews and pro-Israel activists on campuses.

“We have a responsibility to the pro-Israel activists on these campuses,” he said. “We can’t abandon them. We have to be there for them. It is a monumentally challenging period and will be for a long time to come. I don’t see any change on the horizon.”

‘Sit around and talk’

Asked about the divide between the Reform, Conservative, Orthodox and Chassidic communities in America, Oren said he wants to expand the dialogue between these groups through a program he used to run as ambassador called “The Tishes.” (A “tish” is a gathering, usually of Chassidic Jews, around the leading rabbi during which they engage in spiritual discourse).

As ambassador, Oren said he had instructed all nine consulates across North America to set up “tishes” around which would sit representative leaders of all the different streams of Judaism.

“The idea was to sit around and talk,” he said. “By and large, they were overwhelmingly successful. Many of these rabbis had never met one another.”

Now, said Oren, he wants to expand this project “manifold.”

“It was only under the auspices of Israel that they would come around the table because Israel was neutral,” he said. “I want to do it all over the world.”

Oren said he is interested in expanding his “tish” idea and is particularly committed to his idea of a haredi birthright.